In the broadest sense, what sets axial and centrifugal fans apart is the way in which air passes through the casing. With an axial fan, the air passes through the device parallel to the shaft, and generally travels in a straight but twisting line. Axial fans are typically used in low pressure applications. A vast majority are applied below 5″ static pressure.

With a centrifugal fan, air generally turns at least one corner as it provides work to the airstream. However, there are exceptions, such as transverse blowers and inline centrifugals. Centrifugal blower fans are designed and used to several psi of pressure.

Looking for the centrifugal blower PDF?

Click the link below to download the centrifugal blower PDF. It has the original article written by Tom Gustafson. Former VP or Hartzell Fans.

Each wheel type has its own application range and limits. 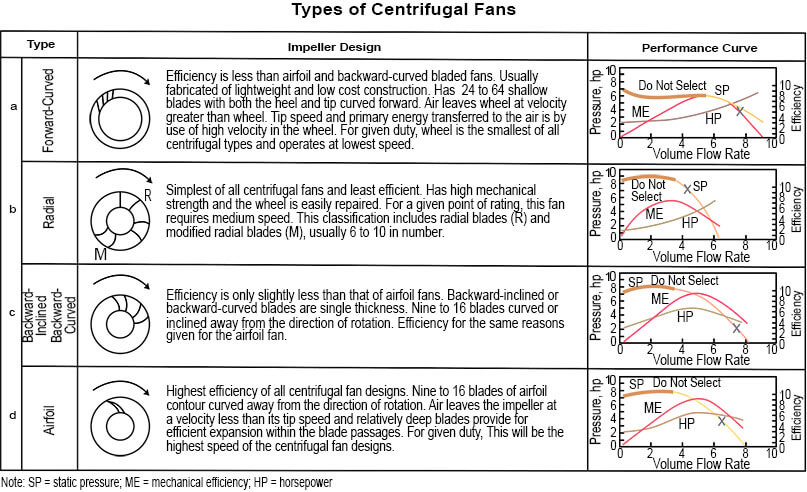 Each type has its own application range and limits. Modifications of these basic types include:

The forward curved (FC) wheel (Fig. 2a) provides large quantities of air at low pressures, typically 3 to 5-in. static pressure. This duty lends itself to light gauge construction. Therefore, most FC fans are made of riveted or welded stamped sheet metal. The most common examples are a furnace blower and an air handler.

These blower fans have a large number of blades with a pronounced curvature and short chord length. The forward velocity vector of the air coming off the blades is fairly high. The result is a low fan speed. Static efficiencies are quite low because controlling and directing the velocity vector is difficult. An FC fan is intended for clean air applications only.

The radial bladed wheel (Fig. 2b) is the type most commonly used in dirty environments. Found in applications ranging from dusty atmospheres to material conveying situations, the radial wheel is designed to develop static pressures to 40 in. and up. A variety of designs are available to handle all types of situations. Its self-cleaning nature is a particularly useful feature.

The blower fan conveys granular or stringy materials equally well. These fans typically have six or eight blades and are made of heavy-gauge plate. They run at high tip speeds to develop pressure and can absorb more vibration, imbalance forces, and impact than most fans.

A third general wheel type is the backward curved (BC) model (Fig2c). These wheels produce relatively large quantities of air at moderate pressures (5 to 20-in. static pressure) and can run at high static efficiencies.

The BC type wheel is designed for clean air applications, but it frequently encounters some light dust in the airstream. It has contoured inlet cones and side rims on the wheel to control airflow through the wheel more accurately. These features also contribute to highly efficient air movement. Of the three types, the BC is the most sensitive to installation conditions.

Click below to see all the industrial blowers we have to offer. You will find centrifugal fans manufactured from industry leaders we represent.

FC and radial wheels are overloading types. The BC family is non-overloading. These concepts are more easily discussed by referring to the drawings. The operating point of each system is identified by the “X” on each fan curve illustrated. The operating point reflects the amount of pressure it takes to push air through the system. Assume some control dampers help determine the operating point, and they are half closed.

What happens, in each case, when the dampers are fully opened? Under the new conditions, the system has a lower resistance. The fan responds by trying to flow more air. As a result, the operating point moves to the right on each fan curve.

For FC and radial types, the brake horsepower (HP) rises rapidly. The motor may overload; hence the name. HP in the BC family increases only slightly, then falls. This type is labeled non-overloading.

The conditions discussed are often caused by system changes, such as those described, or they may be the unplanned result of the system design calculations. Calculations are typically based on system resistances with a healthy safety factor added.

In the installed system, resistance may be higher or lower than anticipated. In most projects, the fan system is the last to be installed. Unexpected changes lead to increased ductwork resistance and the static pressure turns out to be quite different from planned.

Every fan has a stable and unstable operating range. Effects of an unstable operating range vary greatly, depending on wheel design. For simplicity, stable flow is defined as the condition under which enough air flows through the fan wheel to fill the spaces between the blades. Also, let’s say there is only one static pressure output for a given flow and that it does not vary.

As pressure is increased and flow reduced, the fan rides the curve to the left of the original operating point. At some point, airflow is reduced so that there is not enough air to fill the blade passages. On a centrifugal blower fan, the entire wheel rarely stalls at the same moment. Because of slight manufacturing variations, one blade or section of blades does not produce the same pressure as the others and stalls.

Under certain conditions, a cascade effect occurs. The original blade stall disrupts flow into the blade next to it, and the stall travels from blade to blade. Occasionally, the blade that originally stalled recovers and the stall zone travels around the wheel. This condition is called a rotating stall. The stall zone typically rotates opposite the fan rotation at a third of the fan speed.

As the flow continues to decrease, the entire wheel goes into stall. The effects, most noticeable on FC and BC types, vary greatly with system design, amount of resistance, and wheel type. Signs of stall include vibrating ductwork and fans, and failed bearings.

Vibration may increase only slightly while additional rumbling is audible in the ductwork. In some cases, the system itself exhibits an airflow- induced resonance that coincides with the stall frequency in the fan wheel. As a result, whole sections of ductwork appear to be “breathing.” causing substantial damage. If any fan or system exhibits any of these symptoms and the operating point has changed, there is a good chance the fan is running at an unstable operating point.

On the other hand, the radial bladed fan is the most rugged construction type. Its performance curve usually rises continuously and may have a small flat area near the top (see Fig. 2b). On some designs, flow selections can be made all the way to zero. Because of the small number of blades, each creates its own stall one with little effect on adjacent blades.

Even with each blade in stall, overall fan output remains stable. BC fans rely on a different mechanism to provide lift. Air moves over the blade in a motion similar to airplane wings. When a blade stalls, it has a pronounced affect on adjacent blades.

We are official distributors of centrifugal fan manufacturers. As official representatives, we’ll be happy to help explain the best centrifugal fan for your application. Contact us for a quote or any information regarding their products.

Conditions other than airflow reduction cause unstable fan operation. The most common, described by the Air Movement and Control Association (AMCA) as a system effect factor (SF.F), occurs when an installation does not match the inlet and outlet conditions that were in place when the fan was tested in the laboratory.

Improperly sized ductwork, additional elbows or transitions, among other conditions, increase the effective system resistance by reducing the fan’s ability to do work. Such conditions also upset the carefully designed flow fields within the fan wheel.

Unfortunately, most fan installations are less than ideal. An inadequate support structure leads to excessive vibration and possible structural resonance problems. Vibration isolation measures must be designed with proper deflection.

Rotational frequencies need to be identified and isolation designed to prevent amplification and provide a stable platform. Flexible connectors minimize noise and vibration transfer into the ductwork.
Poor inlet and outlet connections are a common source of fan performance problems. They can cause mechanical problems as well. Improperly connected ductwork can increase noise levels and random vibrations.

Troubleshooting typically falls into two areas: performance and mechanics. Field performance verification is difficult, at best. Rarely does a system come close to conditions that allow accurate measurements. Estimates must be made.

When performance questions arise, it is best to try to determine the fan static pressure by taking readings in the best possible locations, then adjusting the figures for other ductwork between the reading locations and the fan. Any SHFs should be taken into account. Without these adjustments, analyses of readings are meaningless.

If system or fan surge occurs, be sure the problem isn’t caused by simple mechanical difficulties, such as a damper linkage failure or sensor malfunction. Centrifugal blower fans create very large forces by placing a significant amount of energy in the airstream. Fan and system surge can cause mechanical breakdowns. The cause of such problems must be identified and fixed.

Mechanical problems may be as simple as broken welds or as complex as bearing failures. Improper inspection and maintenance is probably the largest cause of failure. Vibration problems may result from fan imbalance, surge or stall, material buildup on the wheel, misaligned bearings and drive components. bent shafts, and structural critical frequencies.

Each cause has a vibration frequency signature. Additional information on analyzing these problems is available from the manufacturer or a vibration expert. 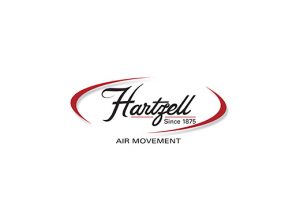 Industrial Fans - Are they Better than Commercial Grade?

Learn why choosing either an industrial fan or commercial for your application its crucial to ventilation efficiency. 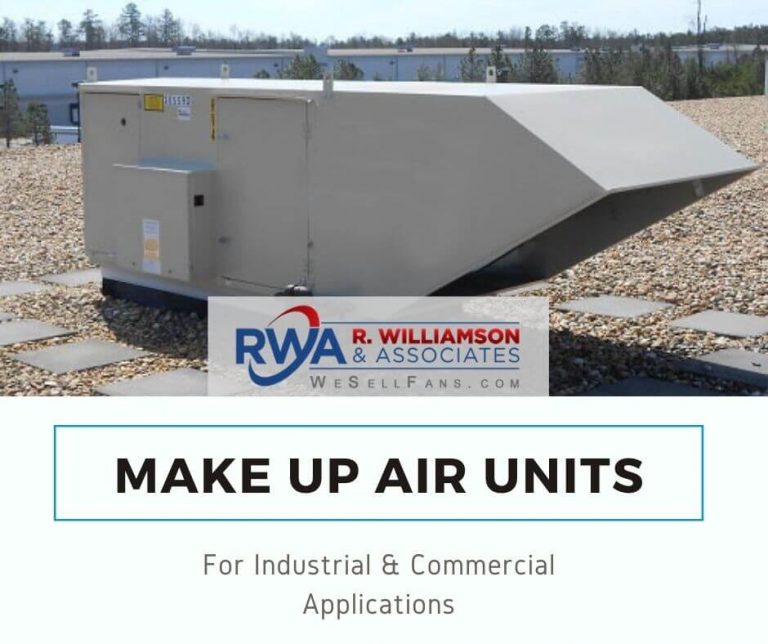 Learn about the 5 ventilation issues that make up air units fix for all types of structures. 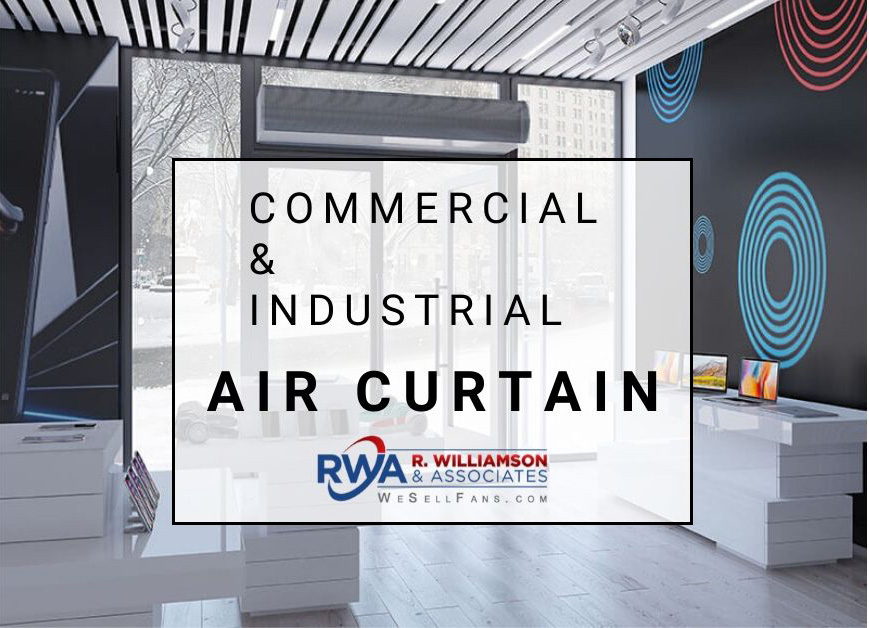 Find out how an air curtain can make your employees more efficient, save energy all while being cost effective.

This website uses cookies to improve your experience while you navigate through the website. Out of these cookies, the cookies that are categorized as necessary are stored on your browser as they are essential for the working of basic functionalities of the website. We also use third-party cookies that help us analyze and understand how you use this website. These cookies will be stored in your browser only with your consent. You also have the option to opt-out of these cookies. But opting out of some of these cookies may have an effect on your browsing experience.
Necessary Always Enabled
Necessary cookies are absolutely essential for the website to function properly. This category only includes cookies that ensures basic functionalities and security features of the website. These cookies do not store any personal information.
Non-necessary
Any cookies that may not be particularly necessary for the website to function and is used specifically to collect user personal data via analytics, ads, other embedded contents are termed as non-necessary cookies. It is mandatory to procure user consent prior to running these cookies on your website.
SAVE & ACCEPT