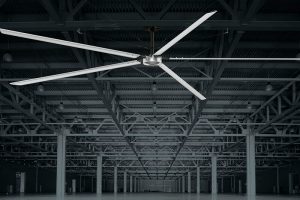 Suffering from uneven temperatures and high HVAC bills? Your issue might be stratification.

Stratification is the inclination for warmer air to rise towards the roof in buildings with tall ceilings.Managing indoor air quality (IAQ) in a structure can prove challenging in many commercial and industrial applications. That’s where commercial (high-volume, low-speed) HVLS can destratify large amounts of air in any structure.

Large commercial HVLS fans can be installed in high ceilings and increase the efficiency of HVAC systems. There are a plethora of benefits of a large ceiling fan in a commercial structure.

Offering a full line of the best HVLS fans for commercial settings from reputable commercial fan manufacturing companies that are made in the USA.

As official representatives of big industrial fan manufactures, you can rest assured you will receive high-quality, heavy-duty equipment backed by best in its class warranties and excellent customer support.

Contact us so we can help determine which commercial ceiling fan is suitable for your application.

Trying to cool large industrial spaces with a high ceiling, such as power plants, manufacturing facilities, gyms and even airport hangars, is no easy task (HVLS wiki). Especially when trying to be as efficient as possible. Of course, industrial applications, like cooling outside open areas for employees, is almost impossible without large industrial ceiling fans.

Our large industrial ceiling fans are used in settings such as factories, airports, and many more similar locations where there is a large amount of air that needs to be moved.

Keeping the air conditioned in these types of large structures propose challenges because HVAC operation, maintenance and equipment can weigh heavily on a company’s bottom line.

One of the most cost-effective solutions is a HVLS fan, which is essentially a large industrial ceiling fan that circulates slowly. These large ceiling fans control the climate by generating a huge amount of airflow, however, because of the large propellers they use relatively much less energy.

Big ceiling fans move air throughout large areas, while controlling humidity. In the winter they can be easily calibrated to conserve warm air. That way you can enjoy the efficiency of a big fan year-round.

We proudly represent the following HVLS fan manufacturers. They come with an industry leading warranty for up to 5 years. Not only are they guaranteed to work longer, but they are easy to maintain and repair. That’s why we consider these the best HVLS fans.

Benefits of an HVLS fan

There are plenty of benefits for installing a large ceiling fan that moves at low speeds. The most important is improving ventilation in a few ways:

Low Maintenance – The big fans we offer are backed by an industry leading warranty. This shows that the HVLS manufacturers we represent are confident that they will work for a long time even if it’s below freezing or very hot – we will be happy to recommend a fan that’s right for your particular application.

Easy to Install – We understand you have a business to run. Whether its a gym, airport, manufacturing factory and everything in between. Big ceiling fans can be installed on a lunch break or long espresso break. They don’t require any duct work and work with your current HVAC system in place.

Employee & Customer Comfort – If you’re installing an HVLS fan in a place like a factory, where the air isn’t conditioned efficiently. HVAC systems typically condition the air in the high ceilings. With a big ceiling fan the conditioned air is pushed down so staff and employees can enjoy a comfortable environment, which in turn improves productivity.

For customers, such those in gyms, outdoor areas, and other commercial purposes, they can enjoy pleasant balanced air temperatures. Whether it’s pushing warm air down or circulating the air to balance it out, large ceiling fans keep customers happy. 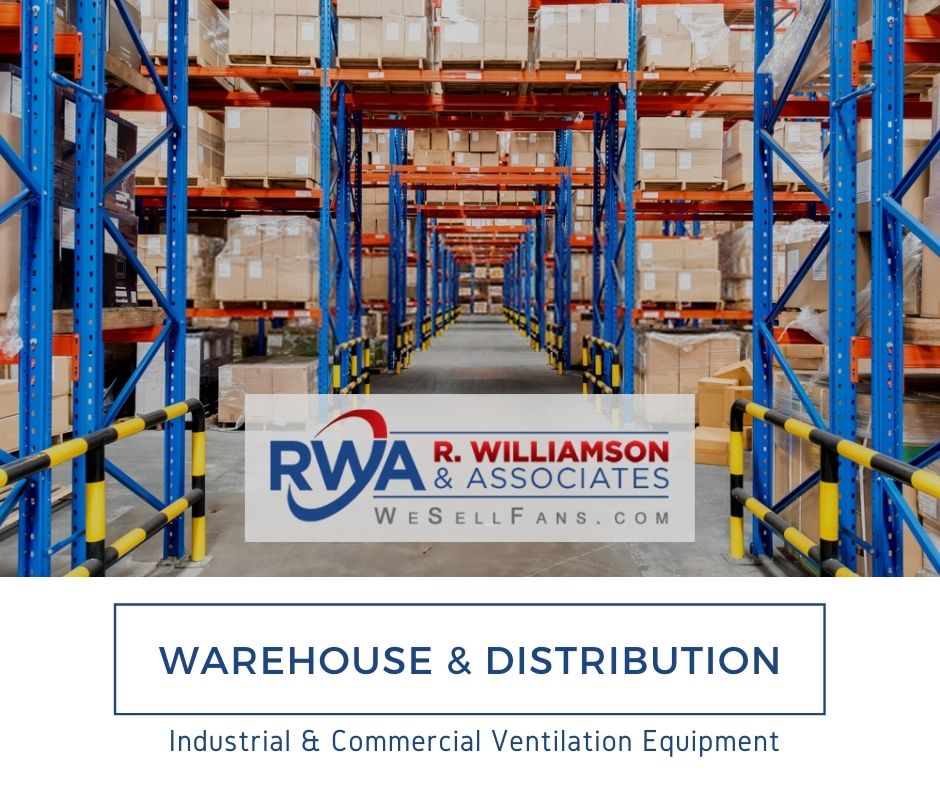 Warehouse Fans & Ventilation Systems Fans for warehouses and distribution centers have evolved tremendously. Especially with warehouses being converted into fulfillment centers. It presents a 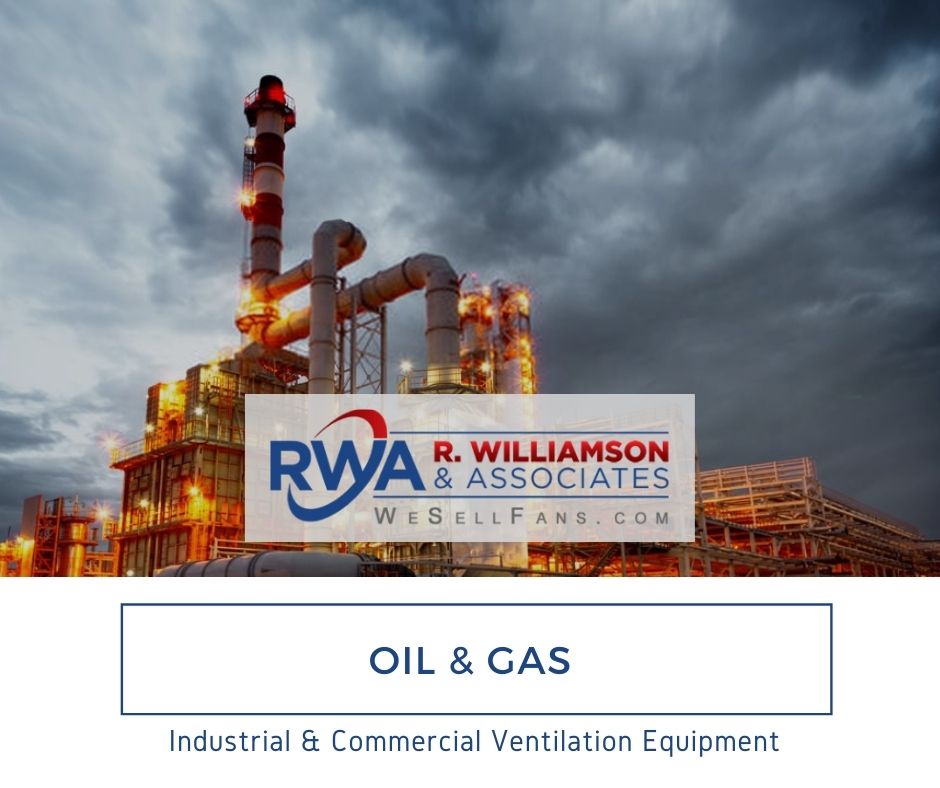 HVAC for the Oil, Petroleum & Gas Industry The oil, petroleum and gas industries demand a level of HVAC reliability and sustainability that only the

Read More »
Official Representatives
We are official distributors of the manufacturers listed below. As official representatives, we’ll be happy to help explain the best HVLS fan for your application. Contact us for a quote or any information regarding their products.
Contact Us

Installing large commercial ceiling fans is an efficient way to cut down on overhead expenses. We carry a large variety of commercial HVLS fans, so we can recommend the best fan for your operation among the wide variety that we offer.

Let us know the price you’re looking for, the application and then we can recommend the most cost effective large commercial fan.

Video of How HVLS Fans Work 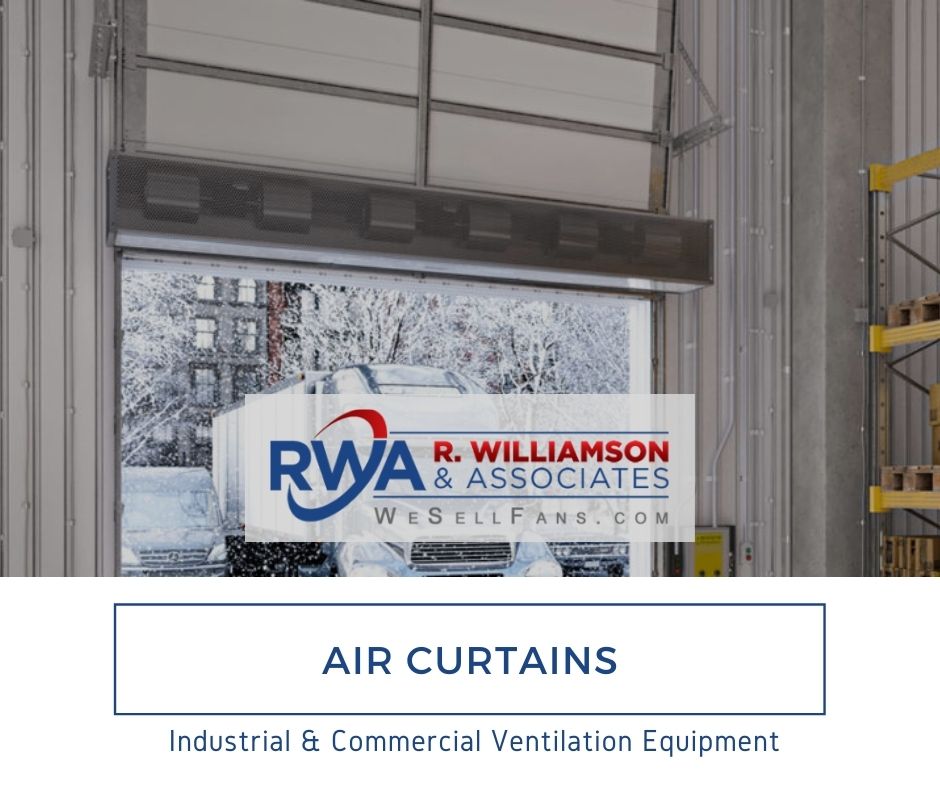 R. Williamson & Associates goal is to continually supply and distribute ventilation equipment with fast turn around time and great service.

Please take the time and learn more about us.

The Industrial HVLS fans we provide are an essential part of any building and structure. Below are just some of the industries we’ve provided our services to.